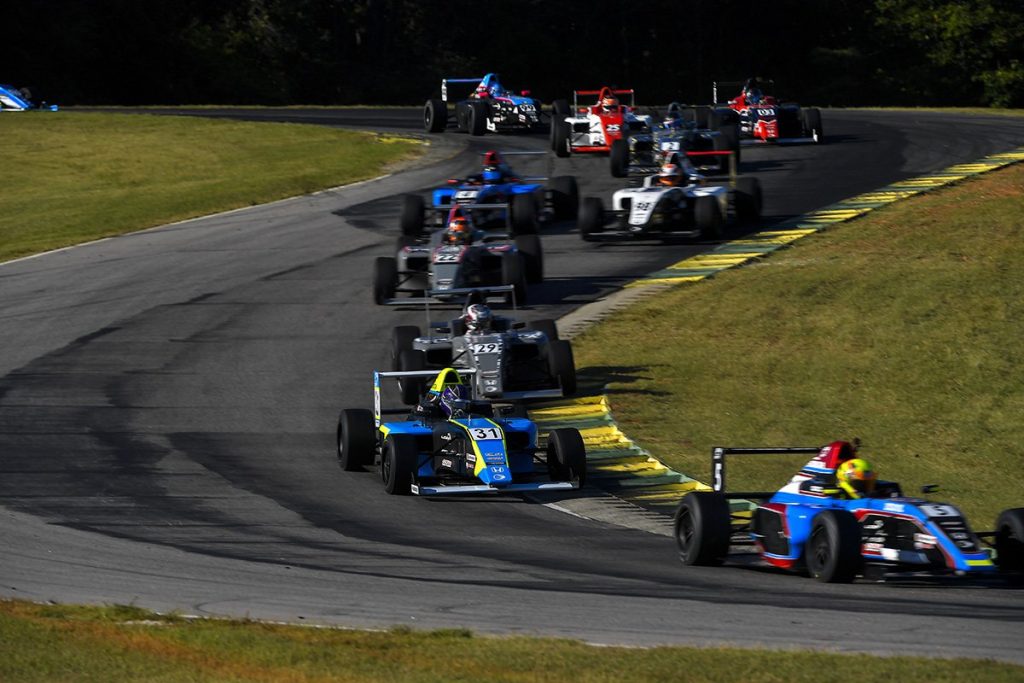 The finale weekend of the F4 United States Championship Powered by Honda will go green this coming weekend for Christian Weir and his Gonella Racing / Turn 3 Motorsport program. Set to compete alongside the Formula One World Championship at the picturesque Circuit of the Americas (COTA), Weir will aim to continue to learn and gain experience as completes his official race schedule for the 2021 season.

Coming off a solid weekend in the Cooper Tires USF2000 Championship at the Mid-Ohio Sports Car Course as well as a double point scoring result at the most recent F4 event at the Virginia International Raceway, Weir has his sights on a podium result at COTA.

“It has been a good season of learning so far, but I am looking to finish it on a high,” added the now 15-year-old. “I would like nothing more than to cap it off with a win at the series biggest event on the calendar. Not only would it be a great end to the season for me, but the Gonella Racing and Turn 3 Motorsport guys deserve it as well.”

Having only competed in three of fifteen F4 United States Championship Powered by Honda races, Christian Weir has amassed twenty-one points, good enough for fourteenth in the championship standings out of the thirty-seven drivers who have competed. In his first ever F4 race, Weir stood on the podium with a third-place effort and followed it up with a seventh-place finish in race three that weekend. With two more wheel-to-wheel races at COTA, the young American rookie is looking to add his name to the list of race winners at COTA.

Weir continued, “I have the team behind me as well as the equipment. I know that I am still very new to the F4 program but if I did not want to win, I would not be a racer. I have my goals set high for the weekend and onwards into the 2022 season, so I want nothing more than success both now and in the future.”

Christian Weir will see the one and only practice session of the weekend take place on Friday before qualifying and race one goes green Saturday. Sunday will be the home of the series finale as Weir will hit the track at 10:25am just prior to the Formula One United States Grand Prix.