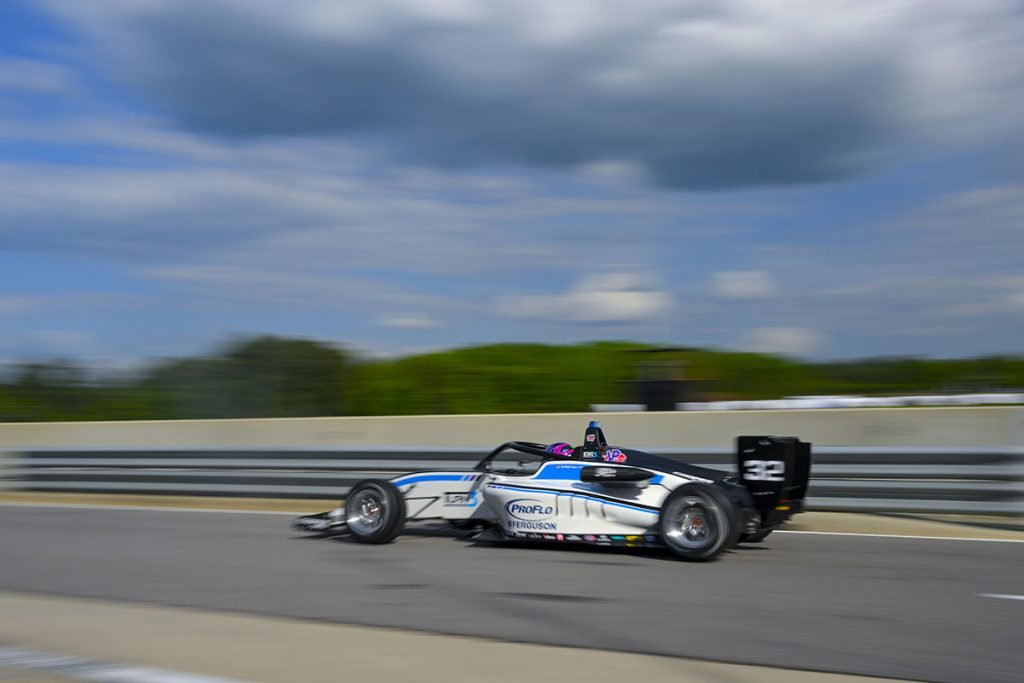 After a month and a half hiatus, the teams and drivers of the Cooper Tires USF2000 Championship return to the track, this time at the famed Portland International Raceway to close out their 2022 season and crown their next champion. Young Turn 3 Motorsport driver Christian Weir has had quite the season, racking up a podium, a pole position, and numerous top-ten finishes placing him eighth in the championship points table with a triple header event this weekend.

“Although we aren’t in the running for the championship, we’re still going to go for as many points as possible and see if we can earn three race wins and move up in the point standings,” explained Weir. “This season has been challenging, and I’ve learned so much so we’re hoping to go out with a bang at Portland this weekend. It is a triple header event so there are three chances to stand atop the podium in Portland.”

The Turn 3 Motorsport driver will take to the 1.964-mile, 12-turn road course of Portland International Raceway this weekend for a triple header to conclude his first full season in USF2000 competition. Thursday, August 1st will see Weir start the weekend off with a pair of Promoters Test sessions followed by the lone official practice to get back in the groove after the long break. Friday will feature a jam-packed day with qualifying before a pair of back-to-back races before and after the noon hour. Sandwiched between the two races on Friday will be the USF2000 autograph session. The third and final race of the season will go green on Saturday morning.

Weir added, “It has been a while since we have been on track, so I am anxious to get the weekend started.”

Be sure to follow Christian Weir on all his social media pages for news, information, photos, and results from the Portland event weekend.

Christian Weir would like to thank all his 2022 partners for their continued support. A big shoutout to Ferguson, ProFlow, eComfort, and Motorcars of Palm Beach. A huge thank you to Turn 3 Motorsport for all the help and support in the open-wheel side of his program.