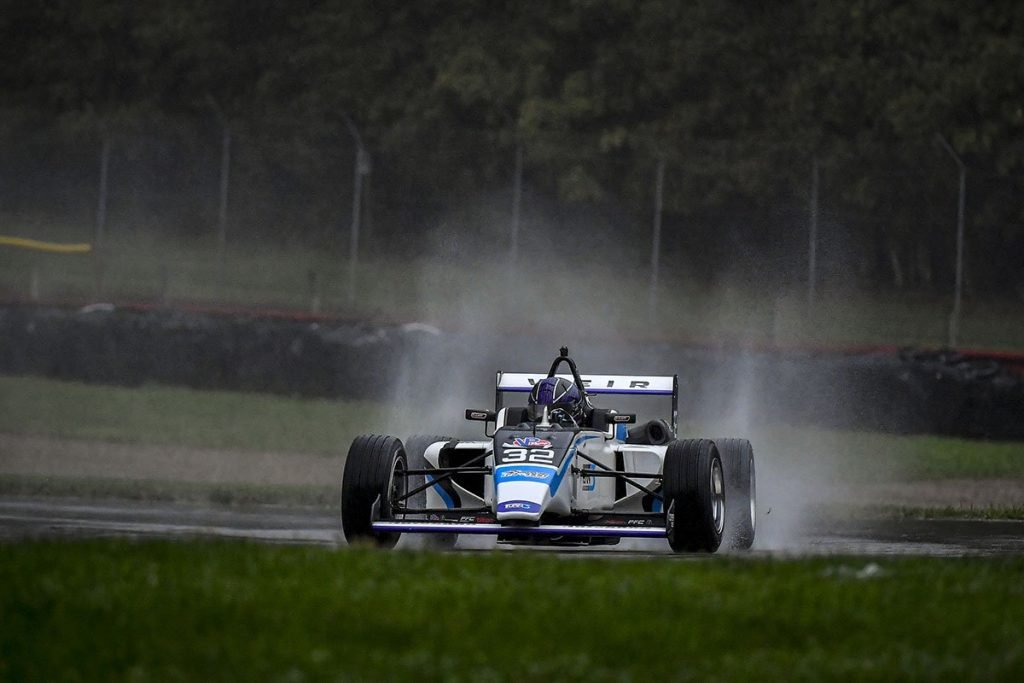 Taking on the 2.258-mile, 13-turn Mid-Ohio Sports Car Course, Turn 3 Motorsports driver Christian Weir was looking to gain more experience in the first ladder of the popular Road to Indy program. Competing in the USF2000 Championship Presented by Cooper Tires, Weir closed the final event of the season with a top-ten result in Saturday’s racing action before looking strong in race two for a possible top-five result until a late race incident, at no fault of his own, took him out of the race and classified in the 20th position.

After qualifying in the 12th position for round seventeen and the first wheel-to-wheel action of the weekend, Weir leveled up once the green flag flew for race one moving forward to ninth and scoring his first top-ten result of the weekend. Battling hard, the now 15-year-old was able to gather knowledge and gain experience as he looks towards his 2022 race program.

Returning to the track on Sunday and with rain in the forecast, the USF2000 drivers were the first competitors to hit the damp track for qualifying at 8:00am. With a light rain around the facility, the wet-weather Cooper Tires were put to work and Weir was in the seventh position after the first five minutes of run time. Unfortunately, an on-track incident and no chance to avoid it saw Weir into the gravel trap with minor damage and out of the session. As part of the incident that caused the red flag, Weir’s fastest lap was taken away as he dropped from seventh to 13th on the results sheets.

With rain continuing to fall throughout the day and the green flag flying for the final round at 11:00am, Weir started inside row seven in his quest to earn his second top-ten finish of the weekend. Driving forward into the top-ten and poised to attack for his first top-five result of his career, Weir was caught up in an incident that developed in front of him and had nowhere to go.

“I feel I was doing well in the rain and learning every lap,” explained Weir. “Disappointing to be involved in an incident so late in the race but that is part of wet weather racing. So much to take in and learn in regard to these cars in the rain and the racing line, but happy to be part of the Turn 3 Motorsport program to close the season.”

Next up for Christian Weir will be the F4 United States Championship finale at the famed Circuit of the Americas in Austin, Texas later this month. To keep up to date with news, photos, results, and information on Christian, please follow him on social media by searching ‘Christian Weir Racing’.