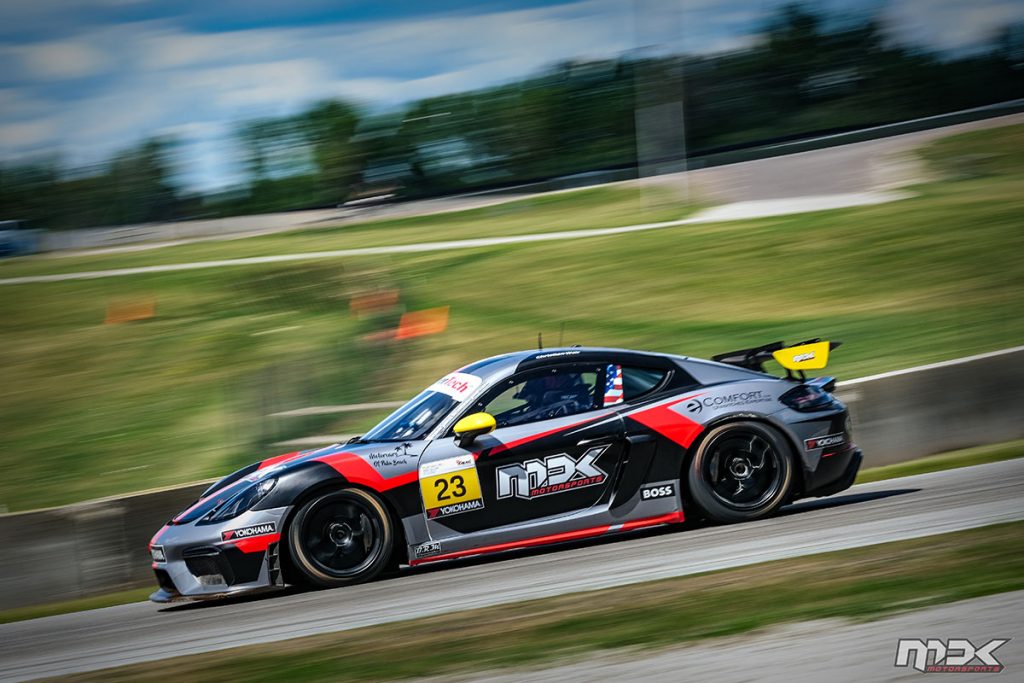 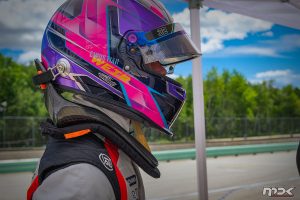 Running a dual program in 2022, Christian Weir traded in his open wheel USF2000 machine for an MDK Motorsports prepared Porsche Cayman this weekend at Road America. Taking on the Porsche Sprint Challenge North America program in the Cayman class, Weir, one of the youngest drivers in the series, easily navigated his way to a pair of top-five results as he continues his sportscar development.

A podium winner in both programs this season, Weir would be looking to add to his results resume in race one on Saturday afternoon after qualifying sixth that morning. Starting from the outside of row three, Weir would need to be aggressive to move forward and fight his way to a podium result.

“It was a good race and a solid drive to come home fourth,” expressed Weir. “I kept the car clean and continued to learn. The Porsche Cayman class is quite competitive and as a rookie, I just want to fight the best I can and learn as much as possible.”

With lap times from race one setting the grid for race two, Weir would begin his second wheel-to-wheel action of the weekend from P5 on the grid. Resetting the goals from the day prior, the MDK Motorsports driver aimed for a podium result to finish his weekend. Once again battling hard in the top-five, Weir took the white flag signifying the last lap in fifth as he chased down the quartet in front of him. Making a highlight pass on the final lap, the Illinois resident and Porsche rookie scored a fourth-place result, his second of the weekend.

Weir added, “Great race, keeping it clean with one last green lap after a full course yellow to end the race made an exciting finish. It is a very competitive field with some talented drivers, and I am happy to have earned some solid points this weekend.”

Christian Weir would like to thank all his 2022 partners for their continued support. A huge shoutout to Ferguson, ProFlow, eComfort and Motorcars of Palm Beach. A huge thank you to Turn 3 Motorsport and MDK Motorsports for the continued help and support.