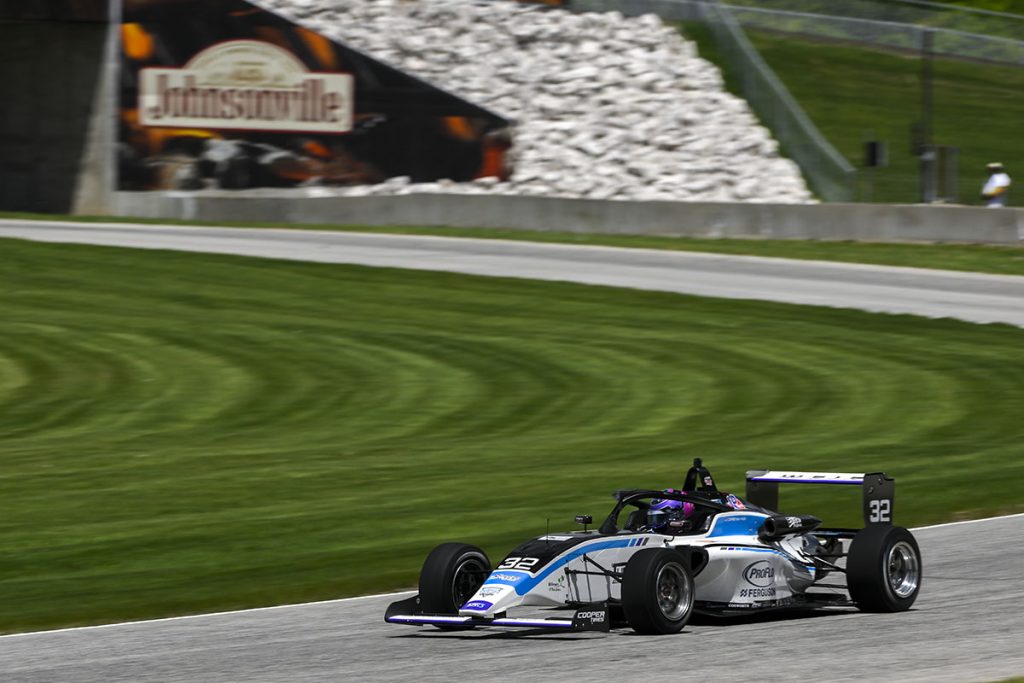 Christian Weir Heads North of the Border to Toronto

Five months since the start of the season, the Cooper Tires USF2000 Championship is heading north of the border to the Streets of Toronto for the penultimate event weekend. With only five races remaining in the championship, Christian Weir will have two opportunities this weekend, July 14-16, to visit the podium as he continues to work his way up in the championship standings.

Three years since the last race in Toronto in 2019, this weekend will be an even playing field for the Cooper Tires USF2000 Championship field as not a single driver has previously driven the circuit.

Racing through the tight streets of downtown Toronto, the 11-turn street circuit has been known to end in disaster for many drivers who have raced over the years. With tight turns and close racing, Weir will have to focus on running clean races and staying out of trouble as he squeezes his way around the barrier-lined circuit.

“Toronto is an equal and level playing field for all drivers,” explained Weir. “With no prior experience from other drivers on the grid, I think it will all come down to car setup and working with my teammates to get up to speed quickly and have a chance at the win.”

Two weeks ago, at Mid-Ohio Sports Car Course, Weir picked up two top-ten finishes and moved up into eighth in the championship standings. With one podium and a handful of top-ten finishes so far this season, Weir is looking to carry the momentum into the final two weekends of the season.

The USF2000 field will take to the track five times during the three-day weekend with a single practice and two qualifying sessions in preparation for the double-header race weekend.

Be sure to follow Christian Weir on all his social media pages for news, information, photos and results from the event weekend.

Christian Weir would like to thank all his 2022 partners for their continued support. A big shoutout to Ferguson, ProFlow, eComfort and Motorcars of Palm Beach. A huge thank you to both Turn 3 Motorsport for all the help and support.