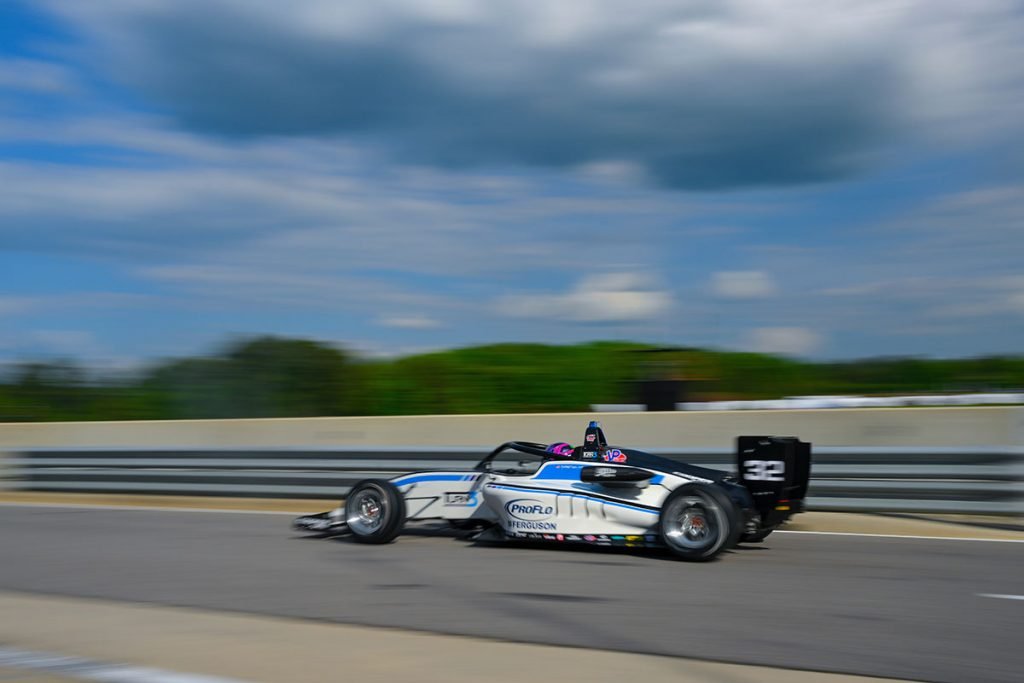 Ready to get back on track after average results at the Indianapolis Grand Prix, Christian Weir and his team Turn 3 Motorsport team are hoping to climb their way back into podium contention in Brownsburg, Indiana. Taking on the Lucas Oil Indianapolis Raceway Park, this weekend will be the only oval race of the 2022 season as Weir looks to find the success that he had at Barber Motorsports Park a few weeks ago.

“We had three races at the Indy Grand Prix and the last two weren’t too kind to us,” explained Weir. “With only one chance in a 45 minute race during the Carb Night Classic this weekend, there’s no room for errors.”

The Carb Night Classic at Lucas Oil Indianapolis Raceway Park will feature the Cooper Tire USF2000 Championship drivers competing in 75 laps around a 0.686-mile oval. Weir, having participated in a test day at the facility back in April, is excited and anxious to get back on track. Weir’s impressive start to the season includes one pole position, four top-ten finishes and one podium which currently sees him in the eleventh position in the race to the 2022 Championship trophy.

“Christian has had some very strong runs in 2022,” explained Richard Lyons, driver coach and mentor of Christian Weir. “His championship position does not reflect his true pace and desire to win, and I am confident that you will see a very determined and driven Christian this weekend.”

Weir continued, “We ran some fast times in the test and that was in April when it was a little cooler out, so we’re hoping the warmer temperatures will allow us to push the car even more. It is cool to be racing in Indianapolis during the Indy 500 weekend, so I am hoping that this weekend will provide the first of many Indy wins.”

Christian and his Turn 3 Motorsport program are aiming to get back on their podium groove this weekend at Lucas Oil Indianapolis Raceway Park in Brownsburg, Indiana for the Carb Night Classic. They will be on track Thursday, May 26th and Friday, May 27th. Tickets are available at www.RaceIRP.com.

Christian Weir would like to thank all his 2022 partners for their continued support. A huge shoutout to Ferguson, ProFlow, eComfort and Motorcars of Palm Beach. A huge thank you to Turn 3 Motorsport for all the help and support.