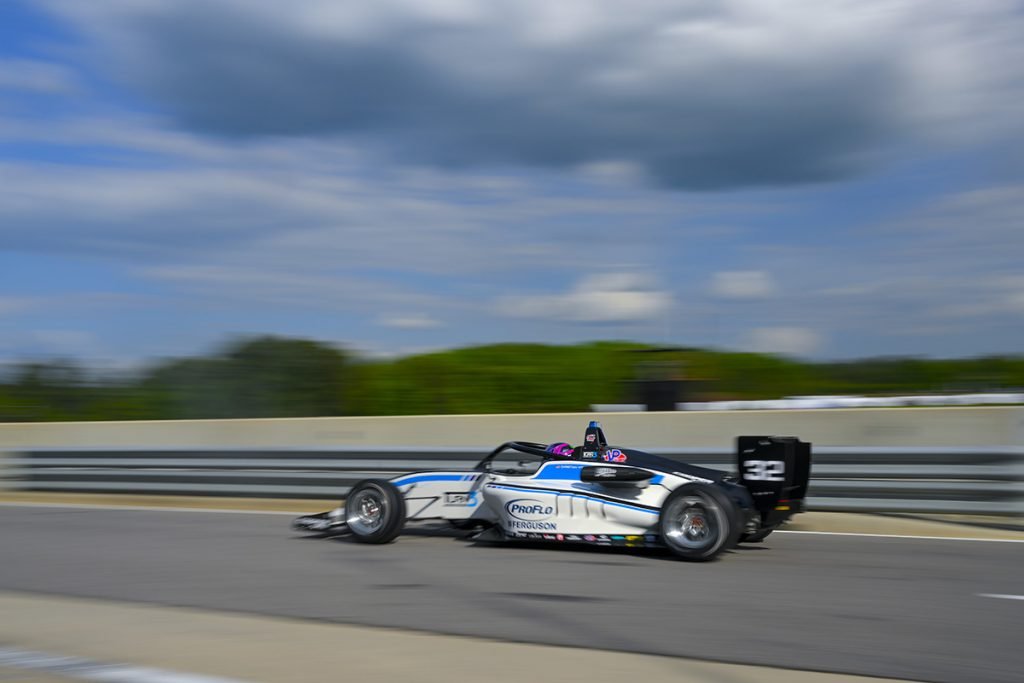 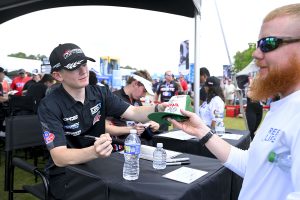 Only two short weeks after his first career USF2000 Championship Presented by Cooper Tires podium result, Christian Weir will shoot for another top-three finish this weekend at the world’s most iconic racetrack. With two more successful races under his belt at Barber Motorsports Park, Weir has shifted his focus to the Indianapolis Motor Speedway road course.

Weir, racing out of the Turn 3 Motorsport program, claimed one pole position, a third place finish, and an additional top-ten result in Alabama, plans to use his current momentum to compete at the renowned Indianapolis Motor Speedway (IMS) this weekend in the first triple-header event of the 2022 race season.

“We haven’t had a chance to test at IMS this year, and I missed the test late last year due to my broken back, but it’s one of my favorite tracks and the podium and pole position we achieved at Barber was proof that the team has made an incredibly fast car this year, and we have everything it takes to get a top finish.”

Improving during rounds three and four at Barber Motorsports Park and coming off a tenth-place result at the St. Petersburg Grand Prix, Christian along with his Turn 3 Motorsport team seem to have hit their stride early on in the season.

Weir added, “I can’t thank Peter Dempsey and everyone from the team for all their work and support. I am working just as hard behind the wheel to bring them even better results and would like nothing more than to reward them with a win this weekend.”

Weir and the team are ready to bring home another trophy, this time, in Indianapolis. You can find Christian Weir on track Thursday, May 12th through Saturday, May 14th at Indianapolis Motor Speedway. Tickets are available at indianapolismotorspeedway.com. Follow along on his social media pages on Facebook, Instagram, and Twitter for schedules updates, and results.

Christian Weir would like to thank all his 2022 partners for their continued support. A huge shoutout to Ferguson, ProFlow, eComfort and Motorcars of Palm Beach. A huge thank you to both MDK Motorsports and Turn 3 Motorsport for all the help and support in running a dual series program.