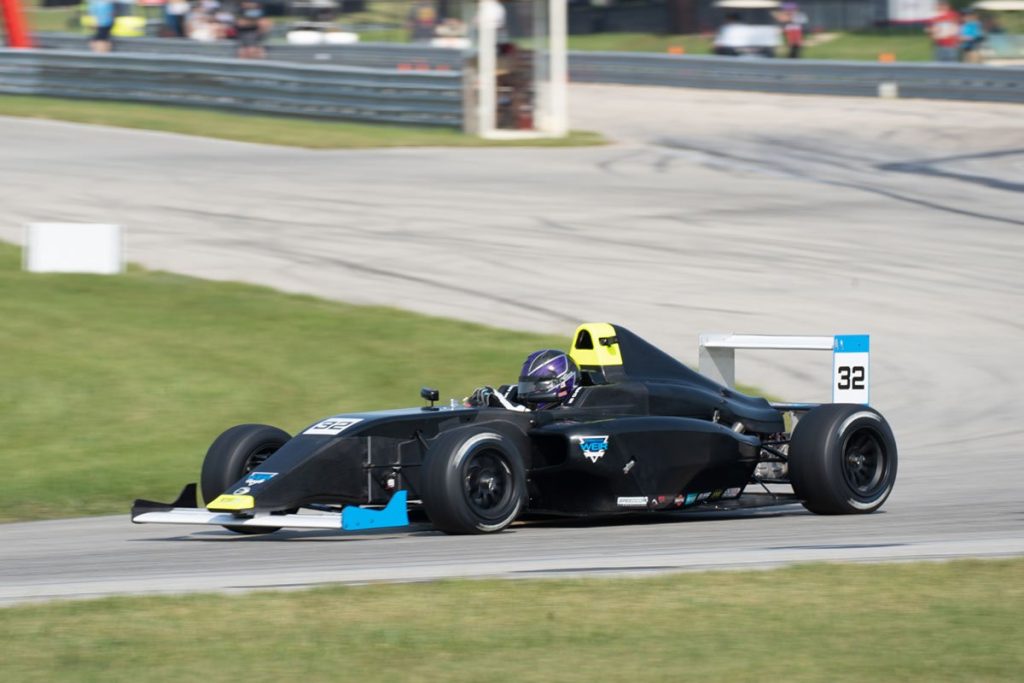 Honing his skills competing in the Formula Race Promotions (FRP) program, Christian Weir will make his F4 United States Championship Powered by Honda series debut this weekend at the Virginia International Raceway (VIR). Competing as part of a Gonella Racing / Turn 3 Motorsport entry, Weir will contest the 3.27-mile facility as he prepares for the season finale at the Circuit of the Americas (COTA) alongside the Formula One World Championship.

“I am looking forward to joining the F4 US championship this weekend at VIR,” explained Christian Weir. “I turn 15 on Friday and I can’t think of a better way of spending it than at a great track and series. I have been working with Ernie Gonella over the summer in both F4 and USF2000, and I feel confident that his knowledge and expertise will lead me to great results.”

Fresh out of the FRP Eastern Pro 4 Challenge where he worked with Turn 3 Motorsport, Weir secured his first open-wheel championship as he honed his skills and gained experience for an increased racing effort in 2022. Now, competing with Gonella Racing in a collaboration with Turn 3 Motorsport, Christian has the best of two premier race programs in his efforts to compete in the remainder of the F4 United States Championship.

“This is a great opportunity for Christian to continue his development as a racecar driver,” said Turn 3 Motorsport Team Owner Peter Dempsey. “He has done an amazing job so far this year competing with Turn 3 Motorsport in both the USF2000 Championship and FRP Eastern Pro 4 Challenge, and this is the next step in our program. I want to say thank you to Gonella Racing for working with us to make this happen. They are a team fighting for a championship, and I know Christian is with the right team for his F4 US Championship debut. Ernie Gonella has been a close friend of mine for 12 years, and I know he will give Christian the tools to compete at the front this weekend. We wish Gonella Racing and Christian Weir the best of luck this weekend and look forward to having him back with Turn 3 Motorsport at Mid-Ohio next week for the Road to Indy season finale.”

Weir added, “I’m hoping for great racing and a competitive weekend. I’m also looking forward to working with my new teammates and helping each other to the top. I feel that we have a solid group behind us and great leadership, but for me it is all about learning and progression. I can’t wait to get started.”

Hitting the track Thursday for a Promoters Test Day, Weir will take on official practice and qualifying on Friday. Saturday will see a pair of wheel-to-wheel races while Sunday will be the home for the third race of the weekend. To keep up to date with news, photos, results, and information on Christian, please follow him on social media by searching ‘Christian Weir Racing’.