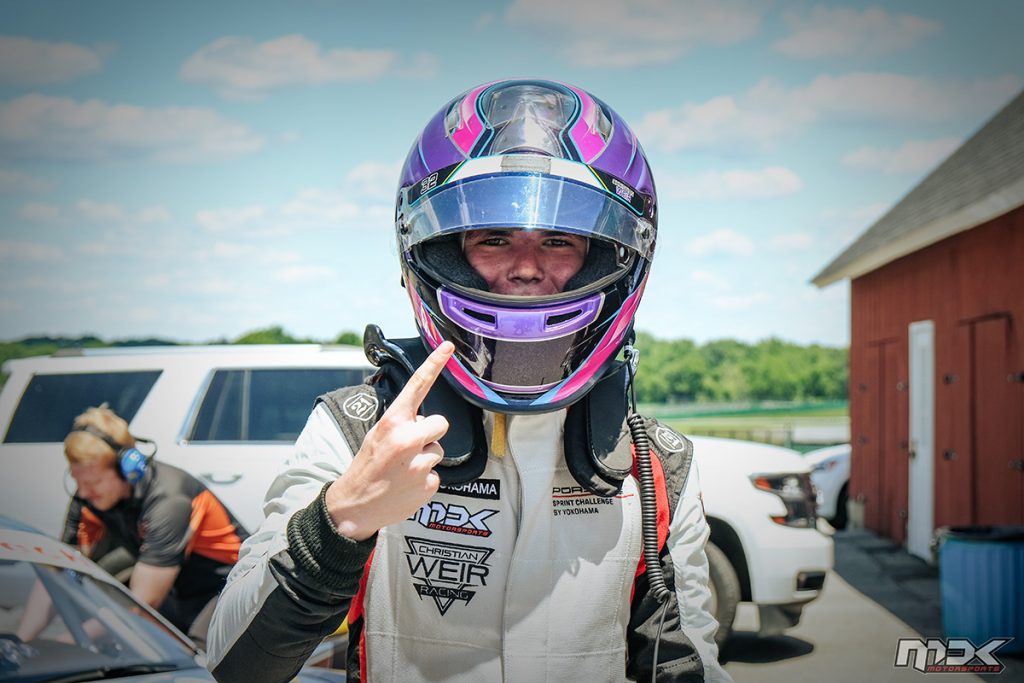 It was a weekend full of podiums for Christian Weir at the Porsche Sprint Challenge North America race at the Virginia International Raceway (VIR). Taking on the famed VIR facility with MDK Motorsports, Weir climbed to the top step of the podium on Saturday and added a second place podium result on Sunday in the talent filled Porsche Cayman class. 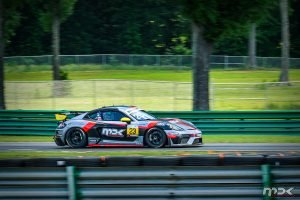 “What a weekend!” expressed Weir. “I needed this. A huge thank you to everyone involved to help get me to this point. The MDK Motorsports guys prepared a perfect car and made my job easy. Slightly defeated not to score two race wins, but I will take the two podiums and add those results to my resume.”

After qualifying in the second position for Saturday’s wheel-to-wheel action, Weir made a bold pass in his bid for the lead making it stick and never looking back. As one of the fastest and most consistent cars on track, Weir drove to the checkered flag and scored his first career Porsche Sprint Challenge North America victory.

Returning to the track on Sunday and looking for more, Weir would once again find his way to the podium. Forced to go the long way around turn one to make a pass, the Illinois resident slotted himself into the second position but was unable to catch the leader.

“Christian drove well this weekend and the more seat time we give him, the better he is becoming,” added coach and mentor Richard Lyons. “Some people tend to forget that he is only fifteen years old and in the last calendar year, he has scored podium results in F4, USF2000 and Porsche competition.” 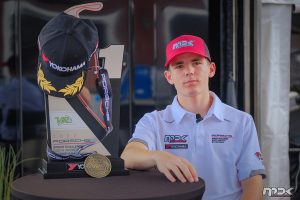 Weir continued, “I love the Porsche program and everything that it provides me as a driver but time to shift the focus back to USF2000 this weekend.”

Set to take on the 4.014-mile Road America facility in Elkhart Lake, Wisconsin, Weir will join Turn 3 Motorsport in his quest to continue his podium streak. On track action will begin with a Promoters Test Day on Thursday prior to the start of the official race weekend on Friday.

Christian Weir would like to thank all his 2022 partners for their continued support. A huge shoutout to Ferguson, ProFlow, eComfort and Motorcars of Palm Beach. A huge thank you to Turn 3 Motorsport and MDK Motorsports for the continued help and support.